Last summer, after a weekend camping trip to Campobello Island in New Brunswick, we visited friends at their home in Lubec. We started our day with coffee and catching up while the kids played, and then took a short drive to Quoddy Head State Park. The park, which is located on the easternmost peninsula in the U.S., is home to the candy-striped West Quoddy Lighthouse.

Maybe it was the perfect summer weather or the caffeine buzz, but MP fell in love with Lubec that day. As she took in the vast blue summer sky, the wild flowers that lined the roadside and the coastline, she began to imagine what it would be like to have a cottage near the sea. 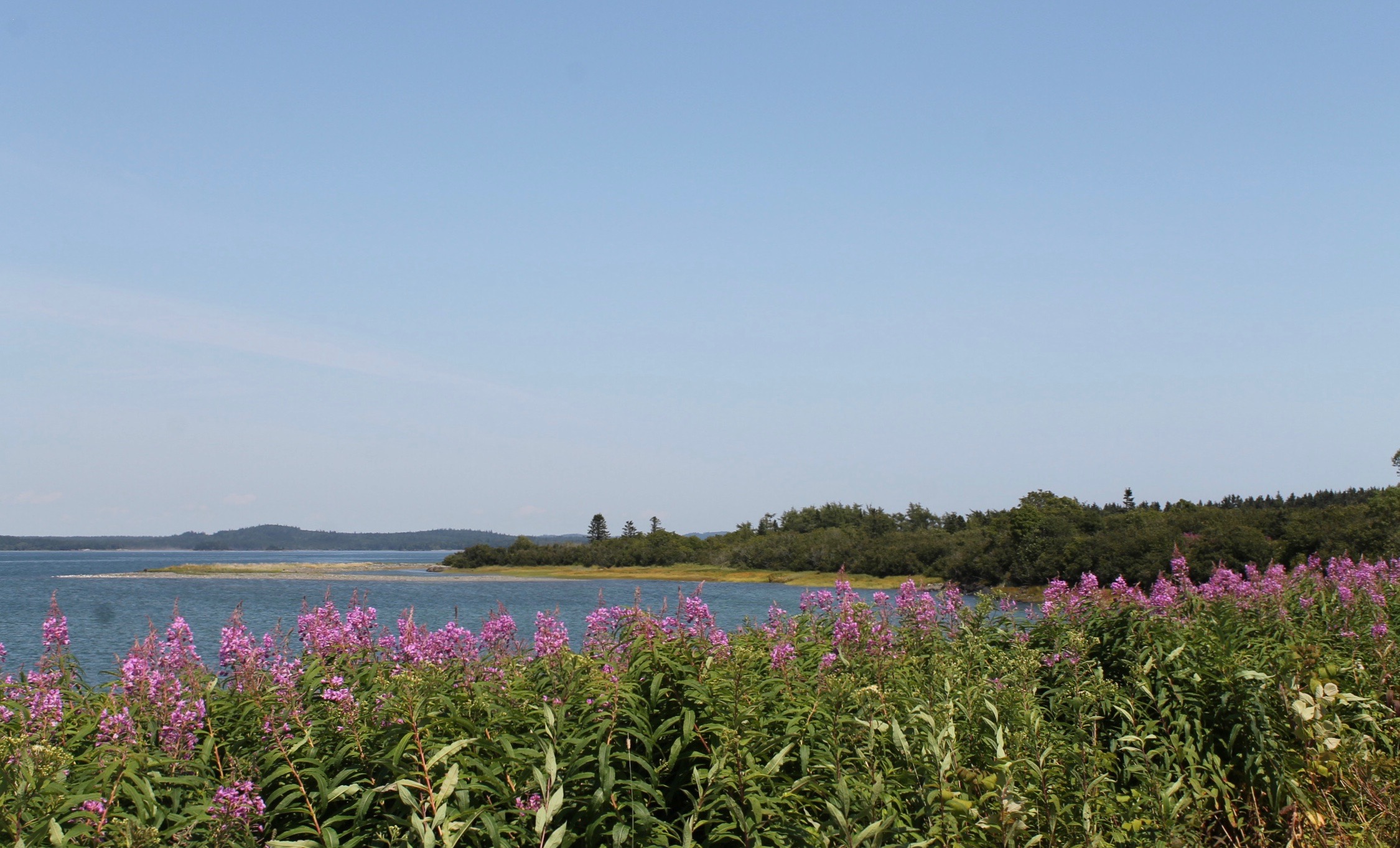 We learned that West Quoddy Light was commissioned by President Thomas Jefferson and built in 1808 to mark the entrance to the Lubec Channel. After spending some time exploring the grounds and taking photos, our friend P led us on a short hike. The kids walked together hand in hand while we traversed a dirt path with views of the channel. As soon as the kids were able, they veered off the path and climbed the rocks, as we adults kept watch nearby. 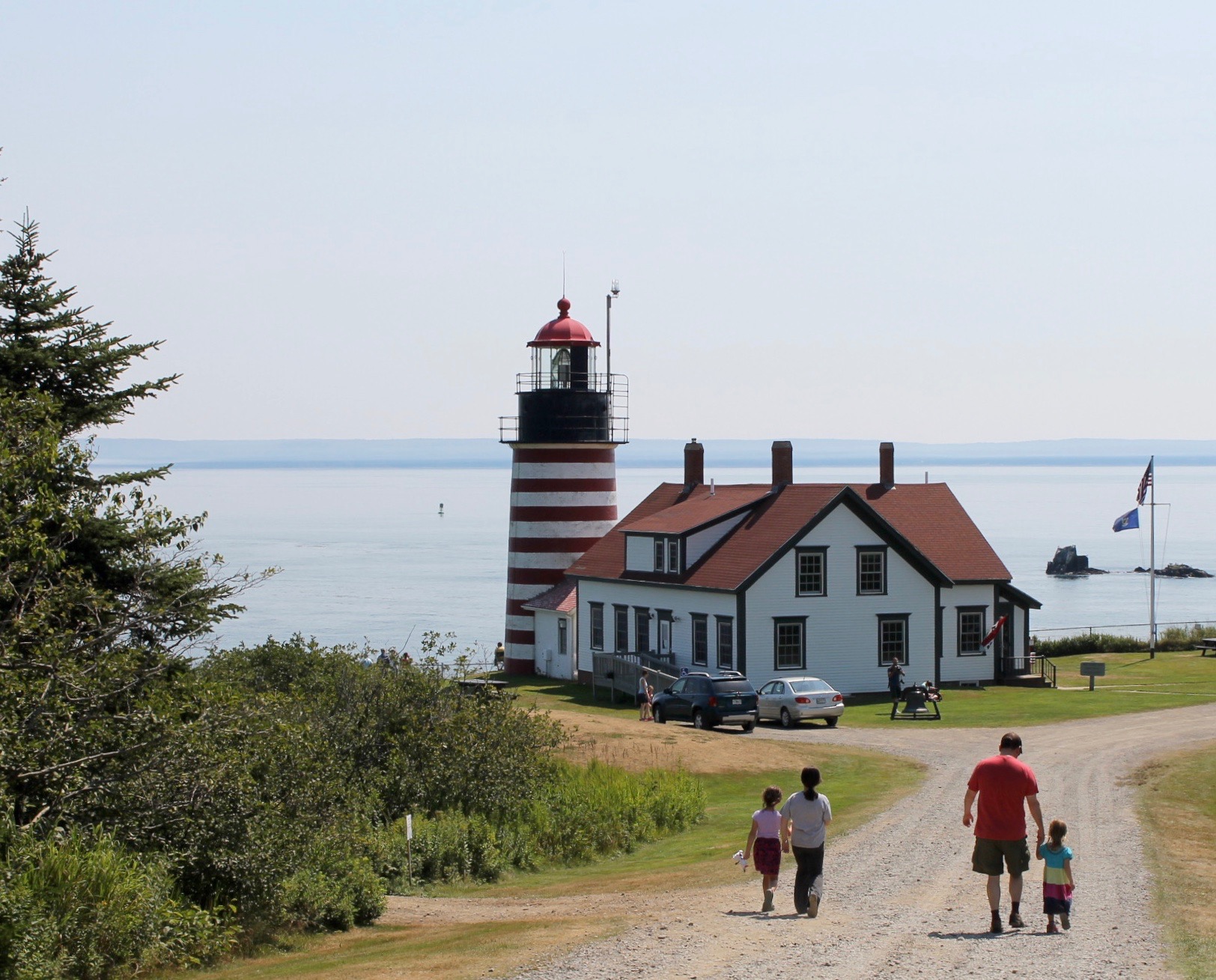 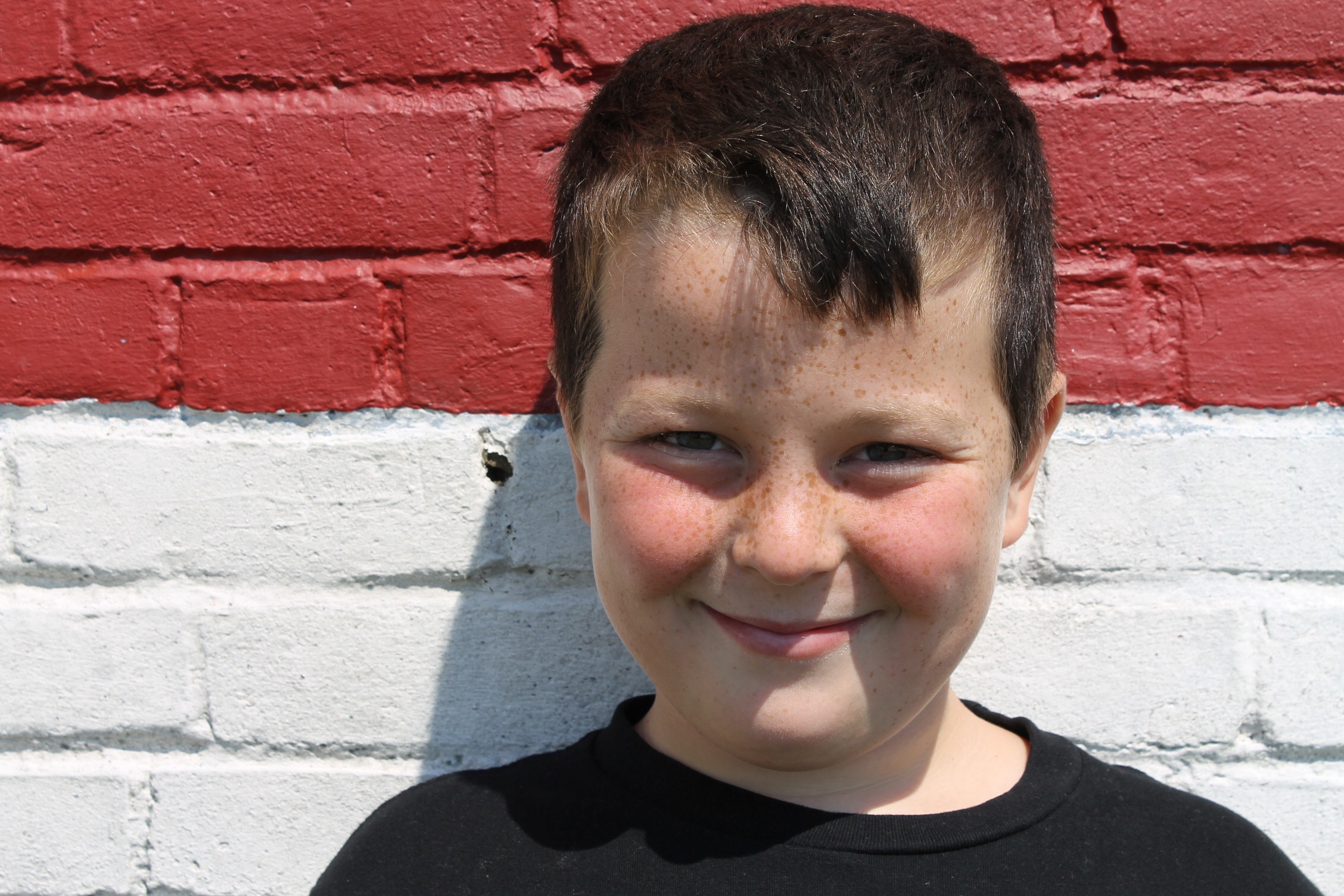 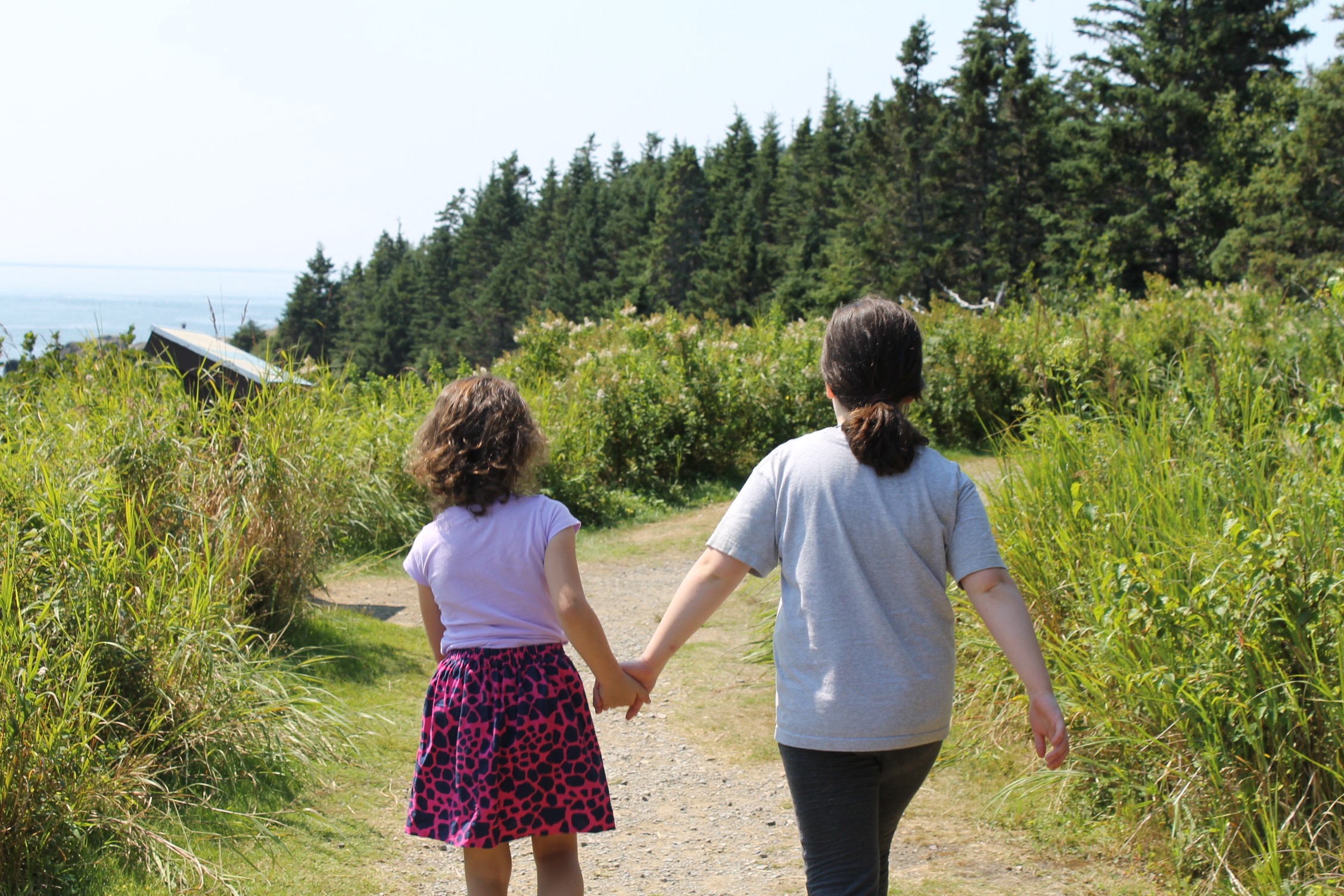 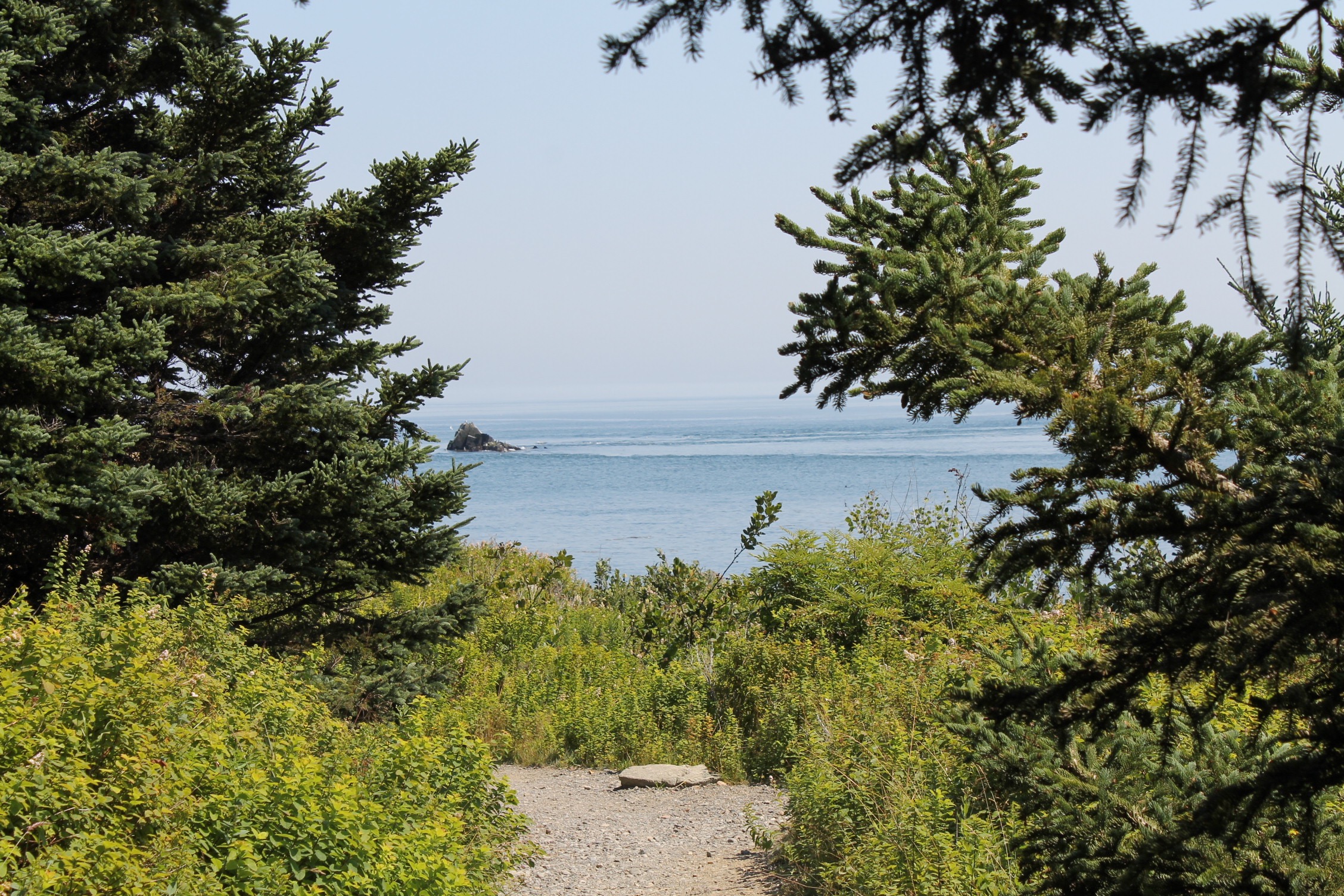 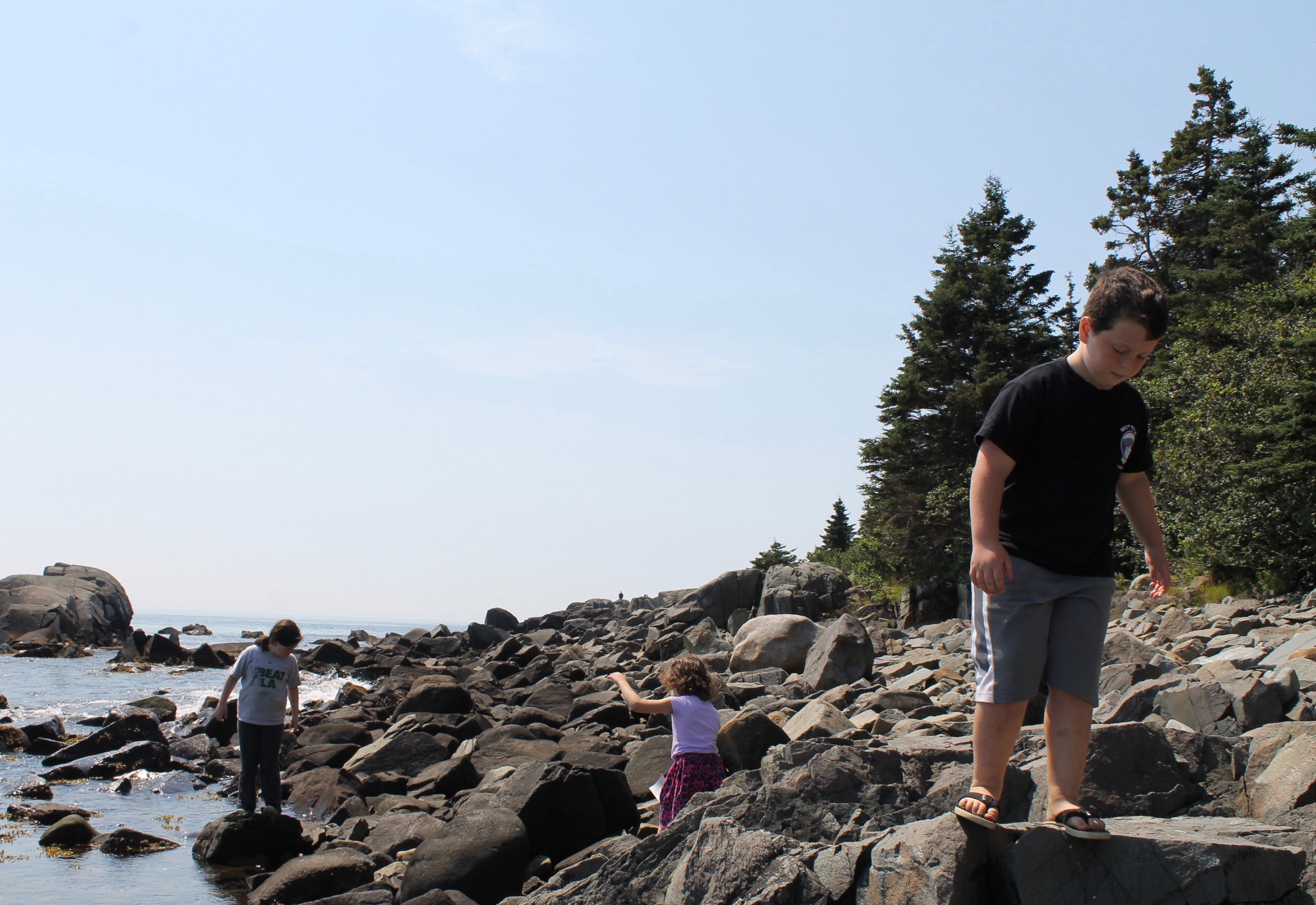 We hoped to hike a bit further, but CP#2’s flip-flop strap broke on the rocks and all went downhill from there. The littlest of our crew needed a diaper change, one of our friend’s girls said she was feeling tired, and CP#1 said she needed to eat. Our friend P walked ahead and moved his car to a closer lot, so the adults could be saved from a potential group meltdown.

Our hungry and tired troupe landed at Frank’s Dockside Restaurant, and the tiny in-town restaurant was bustling. We couldn’t get a seat outside on the deck, which has views of the water and Roosevelt Campobello Bridge, but we didn’t mind. Frank’s is cute and cozy inside, with wainscoting on the walls, wood floors, and a post and beam ceiling. We all went with classic summer fare, fried scallops, shrimp and lobster rolls. Chicken fingers and fries were popular with the kids. 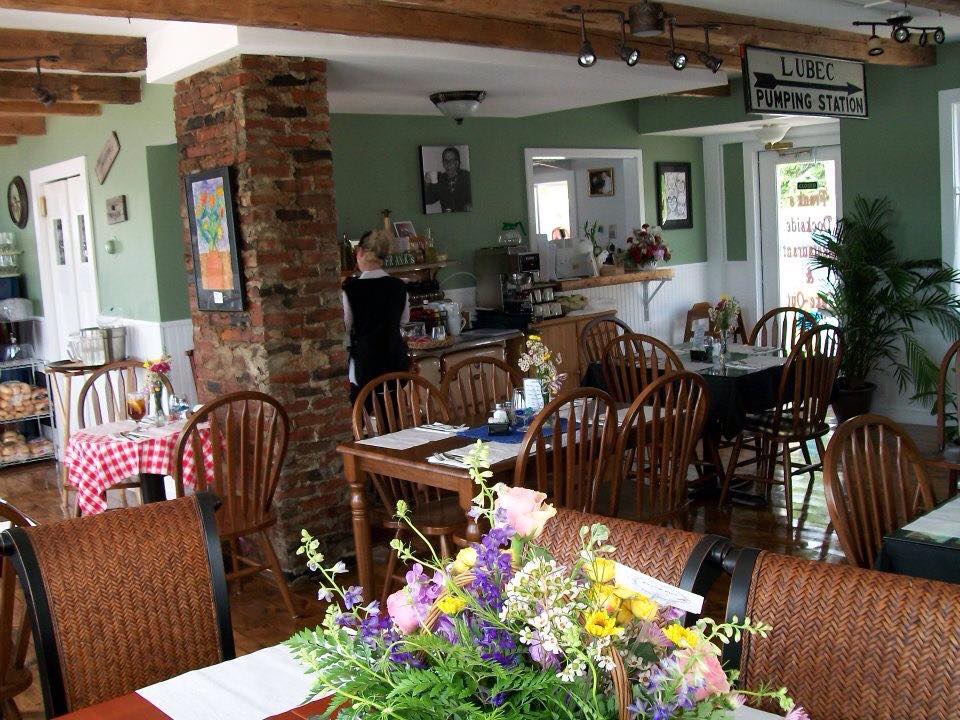 After a satisfying lunch, we walked along Main Street to the docks overlooking the Cobscook Bay and Mulholland Point Lighthouse in New Brunswick. The kids threw stones in the water and we searched the bay for seals. We probably spent nearly an hour in this spot, taking in the views and enjoying the sea breezes. 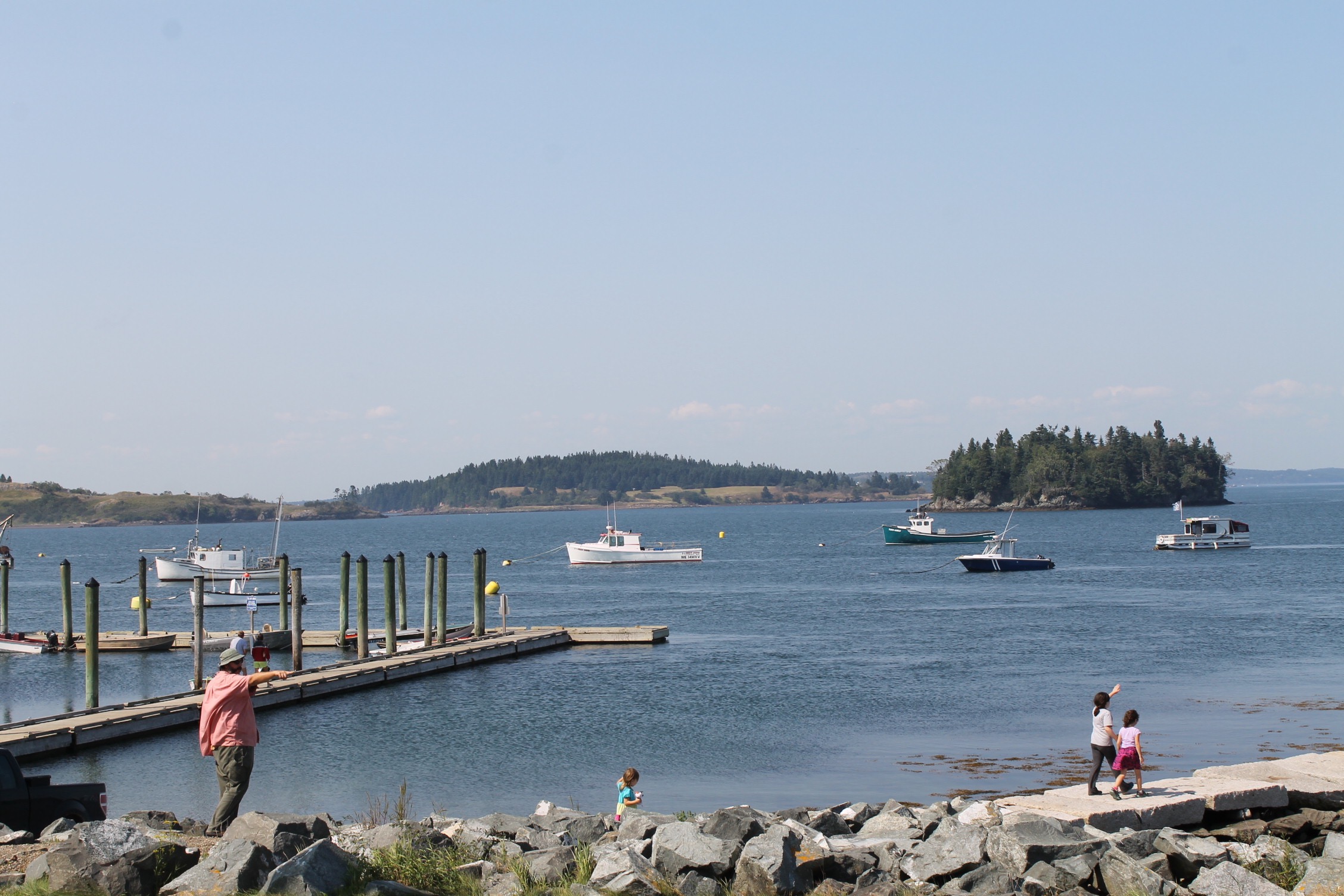 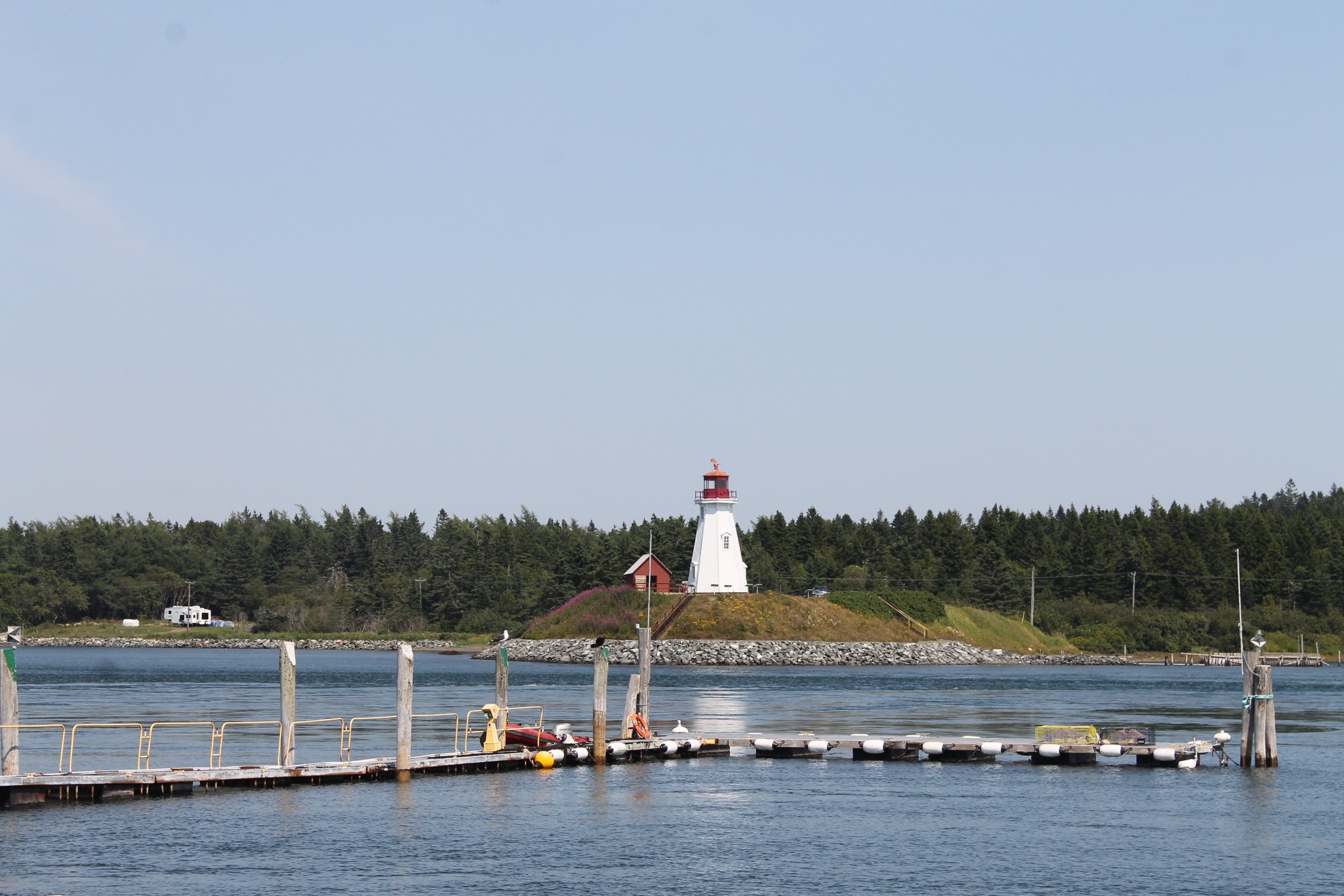 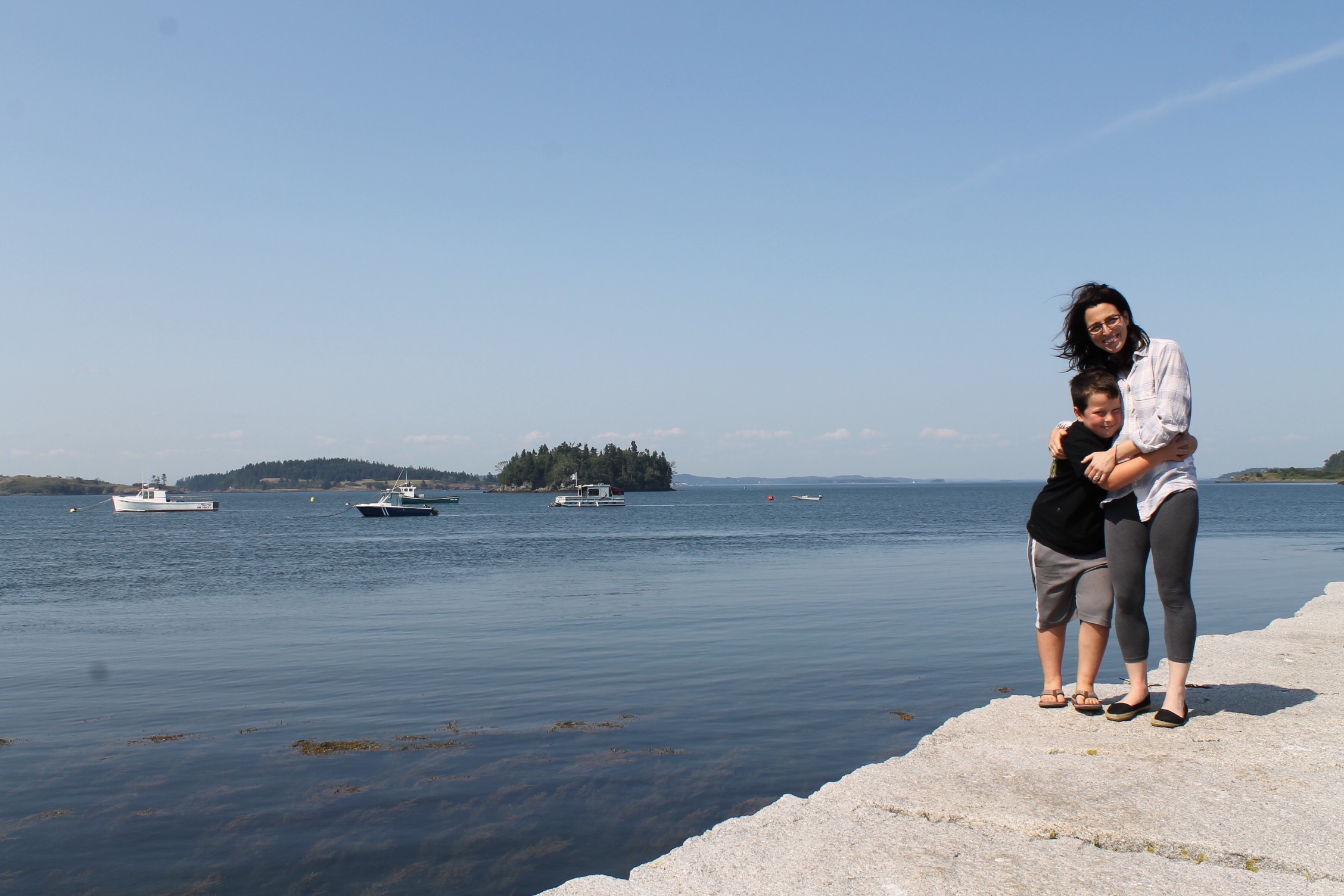 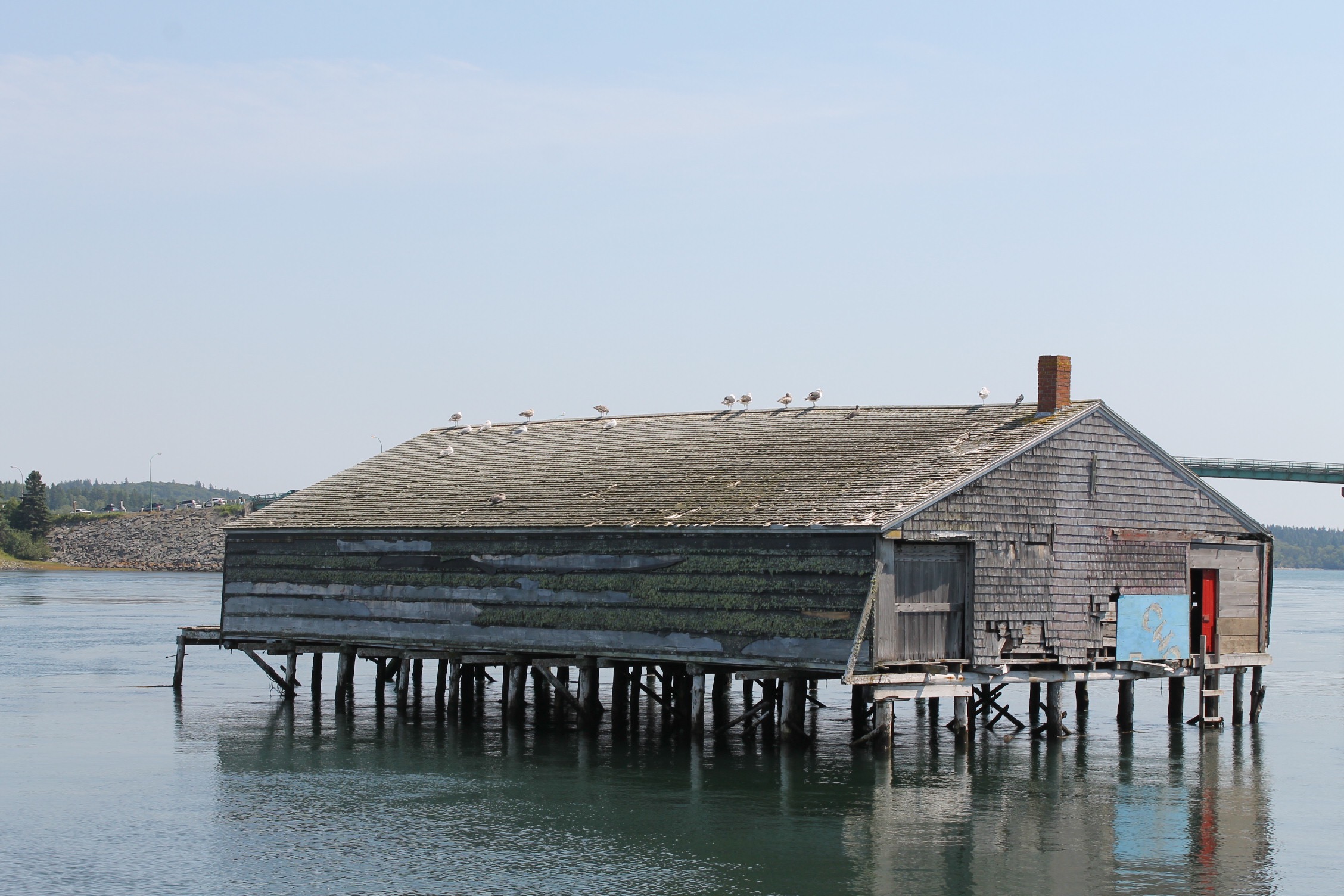 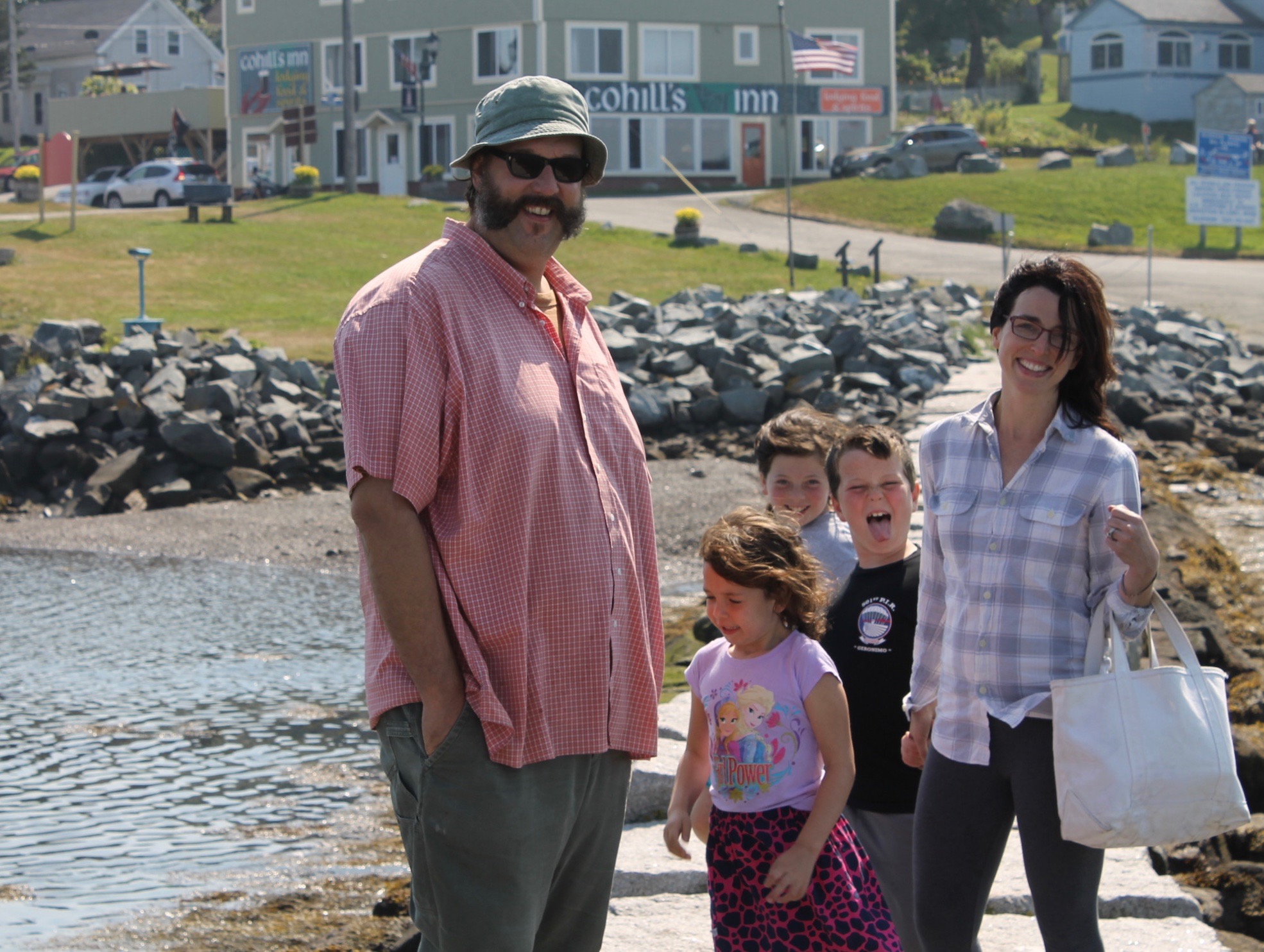 This was the simplest of day trips, but one MP will remember with fondness until the next time we find ourselves in Lubec.

PS: Our visit to Campobello Island.